During Covid-19 Homeland.ie are still operating a home delivery service – Delivery times are now up to 5 working days. 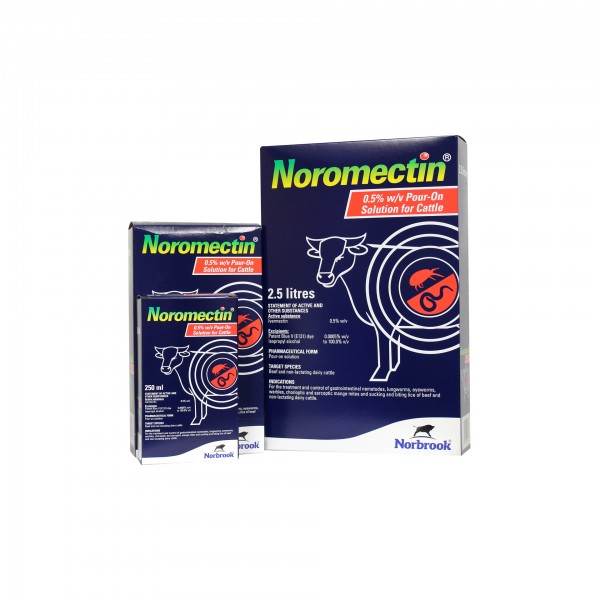 Noromectin Pour-On contains ivermectin and is for the treatment and control of gastrointestinal roundworms, lungworms, eyeworms, warbles, mites and lice in cattle. Legal Category LM