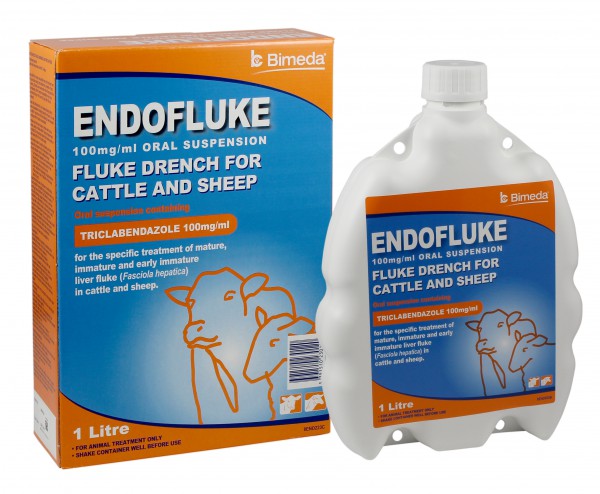 For the treatment of adult,immature and early immature stages of liver fluke susceptible to triclabendazole in cattle and sheep.

To ensure administration of a correct dose, body weight should be determined as accurately as possible; accuracy of the dosing device should be checked. If animals are to be treated collectively rather than individually, they should be grouped according to their bodyweight and dosed accordingly, in order to avoid under- or overdosing.The timing for re-treatment should be based on epidemiological risk patterns and should be customised for each individual farm. To avoid the potential for the accumulation of residues following repeat administration of the product; animals should not be treated with a frequency of less than 10 weeks.

For each additional 50kg 6ml

For each additional 10kg 1ml

Cattle: Milk for human consumption may only be taken from 48 hours after calving.

Not intended for use within 45 days of calving. Should a cow calve earlier than 45 days after the last treatment, milk for human consumption may only be taken from 45

Special Warnings for Each Target Species:

Care should be taken to avoid the following practices, because they increase the risk of development of resistance and could ultimately result in ineffective therapy: